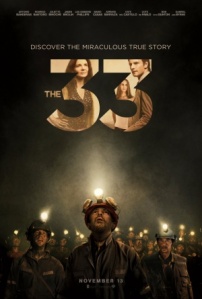 With the Release (end 2015)of the new film based on the gripping true story of survival—and filmed with the cooperation of the miners, their families and their rescuers—“The 33” reveals the never-before-seen actual events that unfolded, above and below ground, which became nothing less than a worldwide phenomenon. The international cast is led by Antonio Banderas, Rodrigo Santoro, Academy Award winner Juliette Binoche (“The English Patient”), James Brolin, and Lou Diamond Phillips, with Bob Gunton and Gabriel Byrne….

The 33 film in Chile runs from August 6 2015 in local cinemas. A Dutch/european release date is still unknown. 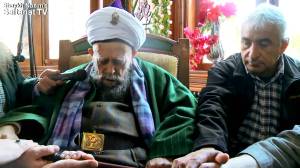 Maulana explained that Allah had created this incident to destroy the foundations of disbelief. How the miners survived under such trying conditions, and how Maulana had connected to them from so far away, defied human logic and cannot be explained by any material philosophy. This is a proof of faith and Spirituality, and the ultimate proof was when two of the miners, came to Cyprus, to meet the one they had seen when they were trapped. There, they kissed his hand, sat at his feet, and wept tears of joy, unable to explain the intense familiarity they felt with Maulana, and unable to explain the peace that had enveloped their hearts. Taking Islam as their religion at the hand of their Spiritual Saviour, they gave their allegiance (Bay’at) and took Muslim names. The inevitable spread of Islam and Spirituality to South America, has begun.

see all the videos here

and  70 Days Underground the spiritual dimension: Omar Reygada and Dario Segovia two of the 33 Chilean miners are revealing their amazing spiritual journey-