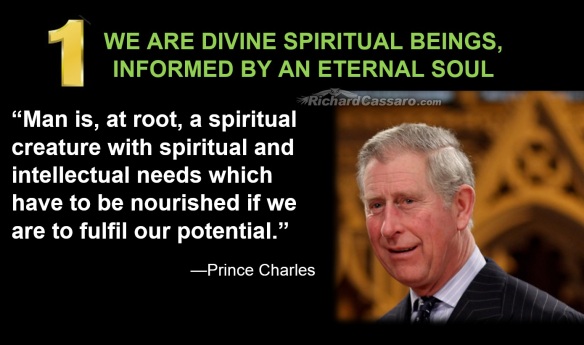 Editorial:
The Garment of Light and the Garment of Fire
By M. Ali Lakhani
This essay draws on the symbols of light and of fire to distinguish the moral choices open to Man, and relates this to the story of the original temptation of Adam and Eve, which serves as a prototype for the Faustian bargain. It also draws on the symbolism of Man’s nakedness and the responsibility to select the appropriate garment to clothe that nakedness.     Read more…

Special Section of Reflections on the Coronavirus Pandemic

In Quarantine
By M. Ali Lakhani

Trials Must Be: Thoughts on a Pandemic
By Michael Fitzgerald

Buddhism and the Coronavirus
By Rev. John Paraskevopoulos

Some Reflections Provoked by the Current Pandemic
By Harry Oldmeadow

The Present Moment and Our Existential Situation
By Peter Samsel

A Sufi Response to the Coronavirus
By Charles Upton

On Listening: Hearing God’s Voice in the Face of Suffering
By Mohammed Rustom

The Bee and the Hive
By Nigel Jackson

The End of Quantum Reality: A Conversation with Wolfgang Smith
By Samuel Bendeck Sotillos
In this wide-ranging interview, conducted on the occasion of the release of a new film addressing the implications of his thought, the physicist and metaphysician Wolfgang Smith speaks about the need to integrate science with reality in a way that affirms the lived experience of humanity, and preserves the archetypal and qualitative dimensions that give it meaning. He is critical of scientific fundamentalism and its overreaching tendencies, of the false premises of Darwinian evolutionism and of the limitations of Einsteinian physics and quantum reality. Physics, on its own terms, he claims, must affirm, on pain of absurdity, the metaphysical dimension of reality and of the corporeal existence that it informs.     Read more…

The Tantra of Physics: A Review and Metaphysical Exposition of The End of Quantum Reality, a Film by Rick DeLano on the Life and Work of Wolfgang Smith
By Charles Upton
Rick DeLano’s recently-released film documentary, The End of Quantum Reality, deals with Wolfgang Smith’s critique of modern science and the need to reintegrate it with metaphysical principles that are affirmed by the wisdom traditions. Charles Upton reviews the film and offers his insights on the implications of Professor Smith’s thought for both science and modernity.     Read more…

The Perfect Being: Selections from a Sufi Manual by Nasafi
Translated by Amir Sabzevary, editing and introduction by Brian Johnson
These selected passages are the first English translation of Kitab al-Insan al-Kamil, a Sufi manual on The Perfect Being, a work originally composed in the 13th century by the Transoxanian mystical thinker, Aziz ibn Mohammad Nasafi. The concept of the Perfect Being is of fundamental importance within the Sufi tradition of Islam. However, unlike Ibn ‘Arabi’s doctrinal intellectualism or Rumi’s poetic didacticism, Nasafi’s text reads more like a manual for communities of Sufi practitioners. Its lucid exposition of the journey towards self-knowledge is both profound and eloquent, practical and transcendental.     Read more…

The Esoteric Significance of Abrogation in Sacred Scripture
By Mahmoud Bina and Alireza K. Ziarani
Every sacred Scripture contains statements that supersede others in the same Scripture—a phenomenon known as abrogation and met with in the sacred texts of all traditions. This article aims to show how, aside from their practical application as adaptations to different earthly circumstances, abrogations are there in sacred Scripture to help us understand the relativity of forms and pass from the formal to the essential, hence supra-formal, content of Revelation.     Read more…

Proving God with Plato
By Justin Cancelliere
The idea that God’s existence cannot be proved has become a trite commonplace. But is that correct? In fact, it is not difficult to prove that God exists, at least given the right expectations and sufficient goodwill. For Plato, the many proves the One, and any sound argument to this effect helps ready us for the grace of direct vision—the only real proof there is.     Read more…

Transmigration in the Writings of Ananda K. Coomaraswamy
By William Wilson Quinn
This essay explores Ananda K. Coomaraswamy’s substantial writings and perspectives on “transmigration” and “reincarnation.” In particular, he contrasts and compares their meanings, and how each is understood. Coomaraswamy’s views of human transmigration are entirely consistent with those of traditional Hinduism and Buddhism, and are not inconsistent with this doctrine as found within the philosophia perennis over millennia. Additionally, what he did not describe about the transition of the “transmigrant” from death to rebirth through the post-mortem states is as significant as what he did describe.     Read more…

Faith and Ethics: The Vision of the Ismaili Imamat by M. Ali Lakhani
Reviewed by Andrew Frisardi
Read more…

The second Sacred Web Conference (the first was held in Edmonton in 2006 at the University of Alberta) took place on the weekend of April 26th and 27th, 2014 at Vancouver, British Columbia’s Simon Fraser University downtown campus. The theme of the conference was “Rediscovering the Sacred in our Lives and in our Times”, and one full day was dedicated to a symposium on “The Centrality of the Sacred in the Teachings of Seyyed Hossein Nasr”, in part to mark the renowned Muslim philosopher’s 80th birthday in 2013.

On each day, the conference began with a sampling of sacred music (on Day One by the acclaimed cellist, Joseph Elworthy, who performed a Bach prelude, a Catalonian folk song made famous by Pablo Casals, and John Williams’ theme from the movie Schindler’s List; and on Day Two by the gifted Iranian Tar player, Ali Razmi, who performed Sufi improvisations for ‘sema’, in honor of Dr. Nasr), setting the tone for the audience to open their hearts and listen with their inner senses.

The conference was introduced by HRH the Prince of Wales who, in a specially videotaped message recorded earlier at St. James’ Palace, spoke of the Sacred as the essential dimension of truth and therefore of understanding, and of the “crisis of perception” in the modern world:

“Rediscovering the Sacred in our Lives and in our Times”

read here : Introductory Message to the Sacred Web Conference 2014 By HRH The Prince of Wales

“How then, might the Sacred be rediscovered? The work of my School of Traditional Arts—and, indeed, my Foundation for Building Community—suggests that it can be rediscovered by practice; which is to say that it is discovered not by talking about it, but by putting it into action. Over recent years, the Outreach Programme of the School has taken the study of these universal and timeless principles into different countries and different groups—sometimes schoolchildren and their teachers and parents, and sometimes students learning their own traditional arts and crafts—and the results are always the same, initial scepticism is set aside and with enthusiasm and delight the work proceeds as those taking part rediscover something that perhaps, somewhere deep inside, they always knew, that there is a relationship between the outer and the inner; that in the end these patterns and orders are familiar and provide a limitless source of creative inspiration through what I can only call “the grammar of Harmony”. 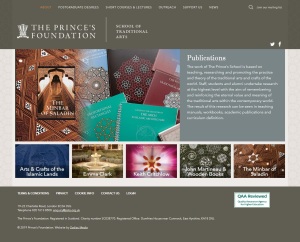