When The Moors Ruled In Europe is a documentary movie presented by the English historian Bettany Hughes. It is a series on the contribution the Moors made to Europe during their 700-year reign in Spain and Portugal ending in the 15th century. It was first broadcast on Channel 4 Saturday 5 November 2005 and was filmed in the Spanish region of Andalusia, mostly in the cities of Granada, Cordoba and the Moroccan city of Fes.

The era ended with the Reconquista during which the Catholic authorities burnt over 1,000,000 Arabic texts.

Join British historian Bettany Hughes as she examines a long-buried chapter of European history–the rise and fall of Islamic culture in what is now Spain and Portugal.

Although generations of Spanish rulers have tried to expunge this era from the historical record, recent archeology and scholarship now shed fresh light on the Moors who flourished in Al-Andalus for more than 700 years.

Through interviews with noted scholars, you’ll see how Moorish advances in mathematics, astronomy, art, and agriculture helped propel the West out of the Dark Ages and into the Renaissance. What emerges is a richly detailed portrait of a sensuous, inquisitive, and remarkably progressive Islamic culture in Christian Europe. 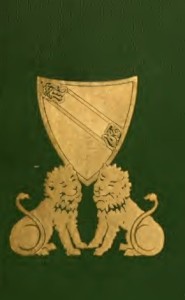 Samuel Parsons Scott’s three-volume history of the Moors in Spain and their influence on the culture of Western Europe was a landmark publication when it first came out in 1904. The first two volumes provide a detailed chronological history while the third volume presents aspects of the culture of al-Andalus, revealing the achievements of the Moorish empire and its impact upon Western scholarship and progress. Topics covered include the Moorish modes of conquest, government and administration; agriculture, trade and commerce; the influence of Moorish learning in science, literature and the arts; and reflections on Muslim social life and practices.Read Here:
Volume I
Introduction by Elizabeth Drayson
Author’s Preface
Chapter I: The Ancient Arabians
Chapter II: The Rise, Progess, and Influence of Islam
Chapter III: The Conquest of Al-Maghreb
Chapter IV: The Visigothic Monarchy
Chapter V: The Invasion and Conquest of Spain
Chapter VI: The Emirate
Chapter VII: Foundation of the Spanish Monarchy
Chapter VIII: The Ommeyades; Reign of Abd-al-Rahman I
Chapter IX: Reign of Hischem I; Reign of Al-Hakem I
Chapter X: Reign of Abd-al-Rahman II; Reign of Mohammed
Chapter XI: Reign of Al-Mondhir; Reign of Abdallah
Chapter XII: Reign of Abd-al-Rahman III
Chapter XIII: Reign of Al-Hakem II
Chapter XIV: Reign of Hischem II
Volume II
Chapter XV: The Moslem Domination in Sicily
Chapter XVI: The Principalities of Moorish Spain
Chpater XVII: Wars with the Christians; The Almoravides
Chapter XVIII: The Empire of the Almohades
Chapter XIX: The Progess of the Christian Arms
Chapter XX: Prosecution of the Reconquest
Chapter XXI: The Last War with Granada
Chapter XXII: Termination of the Reconquest
Volume III
Chapter XXIII: Influence of the Moors on Europe Through the Empire of Frederick II and the States of Southern France
Chapter XXIV: The Spanish Jews
Chapter XXV: The Christians Under Moslem Rule
Chapter XXVI: The Moriscoes
Chapter XXVII: General Condition of Europe from the VIII to the XVI Century
Chapter XXVIII: The Hispano-Arab Age of Literature and Science
Chapter XXIX: Moorish Art in Southern Europe
Chapter XXX: Agriculture, Manufactures, and Commerce of the European Moslems; Their Manners, Customs, and Amusements

Sufism and Christian mysticism in Spain