In 2010, the eyes of the world turned to Chile, where 33 miners had been buried alive by the catastrophic explosion and collapse of a 100-year-old gold and copper mine. Over the next 69 days, an international team worked night and day in a desperate attempt to rescue the trapped men as their families and friends, as well as millions of people globally, waited and watched anxiously for any sign of hope. But 200 stories beneath the surface, in the suffocating heat and with tensions rising, provisions—and time—were quickly running out. A story of resilience, personal transformation and triumph of the human spirit, the film takes us to the Earth’s darkest depths, revealing the psyches of the men trapped in the mine, and depicting the courage of both the miners and their families who refused to give up.

Mawlana was wel coming two of the 33 Chilean Miners, which came to visit their spiritual rescuer. In a very pleasant Sohbat, Mawlana explained how the miners survived and were rescued with spiritual power from holy ones.

– Al-Ghazali: The Alchemist of Happiness: Exploring the life and impact of the greatest spiritual and legal philosopher in Islamic history, this film examines Ghazali’s existential crisis of faith that arose from his rejection of religious dogmatism, and reveals profound parallels with our own times. Ghazali became known as the Proof of Islam and his path of love and spiritual excellence overcame the pitfalls of the organised religion of his day. His path was largely abandoned by early 20th century Muslim reformers for the more strident and less tolerant school of Ibn Taymiyya. Combining drama with documentary, this film argues that Ghazali’s Islam is the antidote for today’s terror.

Al-Ghazali – The Alchemist of Happiness (2004) from SAT Admin on Vimeo.

– Bab’Aziz – The Prince Who Contemplated His Soul Bab’Aziz – The Prince Who Contemplated His Soul is the story of a blind dervish named Bab’Aziz and his spirited granddaughter, Ishtar. Together they wander the desert in search of a great reunion of dervishes that takes place just once every thirty years. With faith as their only guide, the two journey for days through the expansive, barren landscape. To keep Ishtar entertained, Bab’Aziz relays the ancient tale of a prince who relinquished his realm in order to remain next to a small pool in the desert, staring into its depths while contemplating his soul. As the tale of the prince unfolds, the two encounter other travelers with stories of their own–including Osman, who longs for the beautiful woman he met at the bottom of a well, and Zaid, who searches for the ravishing young woman who fled from him after being seduced by his songs. A fairytale-like story of longing and belonging, filmed in the enchanting and ever-shifting sandscapes of Tunisia and Iran. 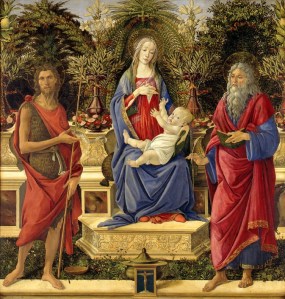 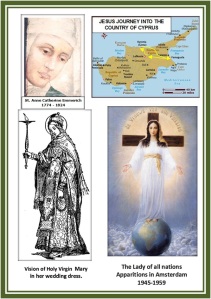 A Disclosure of Wisdom