In The family home and spiritual dergah of Sheikh Nazim in the town of Lefka, Northern Cyprus, His two sons Sheikh Mehmet Effendi and Sheikh Bahauddin and his grandson Sheikh Mehmet Nazim  are initiating,  supporting and helping  all the internationals contacts centers  and  receive in Lefke  the special guests, Royal and High dignities from all over the world.

Saltanat.org the Official Website of the Naqshbandi Sufi Order:

“Every day has a new face and a different appearance. Oh mankind, learn that a human being is the ruling Sultan over all creation! You too are a human being, so you also must have the same capability. If so, then, Oh Man, use the capability that is in you. Use it, so that you do not come to this world as a colt and leave it as a donkey.

Know that: you come to this world from an unknown world of nothingness, and again will be travelling to another unknown territory of nothingness. If our occupation and concern is only to fill our stomachs and pursue our physical pleasures – if this is your life – then it is a life deprived of human value and honour.

With this writing we open the honourable Saltanat website. By reading it you will learn and understand many things in accordance with your interests.

Thanks and glory can only be given to the Creator of the worlds.”

Since more than 40 years , Sheikh Nazim’s  son-in-law and representative Sheikh Hisham Kabbani , together with his Brother Sheikh Adnan Kabbani  helps to develop his Worldwide mission work. 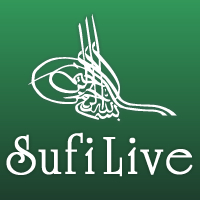 Hereby some collection of Websites, Blogs, Groups. all are very different from each other, they show the way Brothers and Sisters want to express their experiences on the Sufi Path.

Naqshbandi-Haqqani Dhikr Centers Across the World