Among the signs that a branch of a Sufi Tariqah has lost its connection to the roots, that it has been severed from the Source of Divine Wisdom is that the Tariqah begins to occupy its followers in various outward activities. These generally serve to distract from the realization that no one is receiving any real spiritual guidance; no one is progressing towards his destination of inner peace and spiritual stations.

People who are seeking to fulfill some social, psychological or economic need may feel satisfied with membership in such organizations, as they are often highly coordinated* and provide the appearance of material and emotional stability and security. But the true spiritual seeker will never feel satisfied with membership in such a group, as all Tariqahs that become official and formalized are no longer real Sufi Paths: the spiritual has been sacrificed for the temporal.

Sometimes the followers of our Way express the wish that things should be more organized; but our organization is a higher organization, not like manmade ways. The difference is like that of a forest existing naturally on the mountainside with its trees growing at irregular intervals, and of a forest planted by men, with all the trees standing uniformly spaced in neat and straight rows. Although to man’s eye the natural forest may seem chaotic, the ecological balance and subtle organization is real — perhaps much more so than in the planted forest. Which forest is lovelier and has a more calming effect on the soul? I think most people would find the natural one more pleasing.

One will always find such “Sufi Organizations” engaged ini organizing and trying to draw people* into their circles so as to strengthen their communities by expanding their ranks. They usually manifest this tendency by establishing communities in one place and drawing people into it; again, often through the attractiveness of social, economic and psychological advantages provided by such a community.

Our followers, particularly the American followers, have often asked me whether they too should not all gather in one place in the United States to live as a community.

Whenever they proposed such  ideas my heart was never in accord. I told them they should stay in their communities and serve there as lights and guides for others, that they should be examples for all receptive people.

In physics this is called the principle of diffusion, a force in the center sending out energy which it project* over far distances. This contrasts to the opposite principle of infusion whereby energy is drawn to the center.

And which principle did our Holy Prophet act upon? When some of his companions asked him where they should settle and make their lives once the Prophet’s time had passed, he told them: “You must look to settle in Damascus.” He did not tell them to huddle together in Medina, but to go and live in Damascus among that non-Muslim community if it was possible to do so peacefully.

Look, scientists are now saying that the planets were part of the sun and were thrown into space where they are kept in orbit of the sun by a fine balance. They also say that the Moon originated from the Earth and orbits it according to a similar principle. Even if each of you, in your own communities, cannot be a resplendent sun whose own light shines forth and whose gravitational influence keeps many planets in orbit, at least you can be like the Earth that holds one moon in orbit. 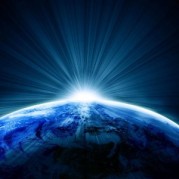 The Earth has no light of its own, but by its reflection of the Sun’s rays it gives light to the Moon, and though it cannot hold huge planets in  orbit, it can hold a moon. Jupiter, even though it is also cracked off from the Sun, orbits it and doesn’t have its own light, holds so many moons in its orbit. You must  take wisdom from this example.

Even if you haven’t been invested with the power to shine, try to be a mirror to reflect those rays. Just because you cannot yet be a means by which many  people may be guided (because you yourself are still impure) that doesn’t mean that you can’t affect some people and help to bring them to the Way.

Just be as sincere with people as you can, then the Sheikh’s light may come to you and through you. And don’t despair if only a few interested people or even only a single

person come to be affected by your presence in your community, for the Holy Prophet, Peace be upon him, said: “Whoever guides one man to the truth has earned what is worth more than this world and all it  contains — he has earned his Lord’s pleasure” 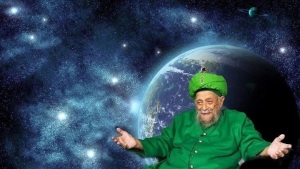