The very concept of ‘folklore’ as it is commonly understood rests on the radically false idea that there exist `popular creations’, spontaneous products of the masses; and one can immediately see the close relationship between this way of looking at things and ‘democratic’ prejudices. As bas been quite rightly said, ‘the profound interest of all so-called popular traditions lies above all in the fact that they are not popular in origin’; and we would add that if, as is almost always the case, we are dealing with elements that are traditional in the true sense of the word, however deformed, diminished, or fragmentary they may sometimes be, and with things of real symbolic value, then their origin, far from being popular, is not  even human.

What may be popular is uniquely the fact of ‘survival‘ when these elements come from traditional forms that have disappeared; and in this respect the term ‘folklore’ takes en a meaning very near to that of ‘paganism”, taking the Jatter in its etymological sense and with no polemical er abusive intent.

The people thus preserve, without understanding them, the debris of ancient traditions sometimes even reaching back to a past toe remote to be determined and which is therefore consigned to the obscure domain of `prehistory’; and in so doing they function as a more or less ‘sub-conscious” collective memory, of which the content has manifestly come from somewhere else. (This is an essentially “lunar’ function, and it should be noted that, astrologically, the popular masses effectively correspond to the moon’, which at the same time indicates their purely passive nature, incapable of initiative or spontaneity.)

What may seem most astonishing is that, when we go to the root of the matter, the things so conserved are found to contain in a more or less veiled form a considerable body of esoteric data, that is, what is least ‘popular’ in essence, and this fact of itself suggests an explanation that we will lay out in a few words.

When a traditional form is on the verse of extinction, its last representatives may very well deliberately entrust to this collective memory of which we have just spoken what would otherwise be irrevocably lost.

This, in short, is the only way to save what can, at least in some measure, be saved; and, at the same time, the natural incomprehension of the masses is a sufficient guarantee that what-ever possesses an esoteric character will not be despoiled in the process but will remain as a sort of witness to the past for those in later times who may be capable of understanding it.

Having said this, we see no reason without closer examination to attribute to ‘folklore’ everything that pertains to traditions other than Christianity, as though the latter alone were an exception; such seems to be Waite’s intention however when he accepts this attribution for all the ‘pre-Christian’—and especially the Celtic—elements in the Grail legends.

From the perspectine of the explanation just given there is no traditional form that is privileged; the only distinction to be made is between forms that have disappeared and these stil living. The issue then comes down to knowing whether or not the Celtic tradition was really no longer living when the legends in question were being elaborated, and this is at least debatable:

on the one hand, this tradition may have endured longer than is com-monly believed, with a more or less bidden organization; en the other, the legends thernselves may be far older than the ‘critics’ imagine; not that there need have been texts now lost (we do not believe this any more than Waite does), but there may have been an oral transmission that lasted several centuries, which would not be at all exceptional.

For our part, we see here the sign of a `conjuncture’ between two traditional forms, one ancient and the other then still new, the Celtic and the Christian, a conjuncture through which what was to be conserved of the first was, as it were, incorporated into the second, no doubt being modified in its ontward form to some extent by adaptation and assimilation, but not by transposition to another plane as Waite would have it, for there are equivalences between all regular traditions.

The issue therefore is quite other than a simple question of `sources’ as understood by the erudite.lt would perhaps be difficult to specify exactly when and where this conjuncture occurred, but this has only a secondary and primarily historical interest; it is, moreover, easy to imagine that such events are unlikely to leave traces in written `documents’.

Perhaps the `Celtic’ or ‘Culdean’ church merits more attention in this regard than Waite seems disposed to grant it; its very name might lead one to think so, and there is nothing improbable in the suggestion that behind this church there may have been something of a different order, no longer religious, but initiatic, for, like all that pertains to links between different traditions, what is here in question necessarily derives from the initiatic or esoterie domain. Exoterism, whether religious or not, never goes beyond the limits of the traditional form to which it properly belongs; whatever goes beyond these limits cannot belong to a `church’ as such, which can only be its external ‘support’, a point we shall have occasion to return to later.

Another observation concerning symbolism more particularly here imposes itself: there are symbols that are common to the most diverse and widespread traditional forms, not as a result of `borrowings’, which would in many cases be quite impossible, but because they really belong to the primorclial tradition whence, directly or indirectly, all these forms have issued.

This is precisely the case with the vase or cup. Why should what relates thereto be merely ‘folklore’ when present in ‘pre-Christian’ traditions, whereas in Christianity alone it is an essentially ‘eucharistic symbol? The assimilations envisaged by Bournouf  and others like him are not to be rejected here, but rather the `naturalistic’ interpretations some have wished to impose on Christianity as on everything else, interpretations that are in fact nowhere valid. What needs to be done, then, runs exactly contrary to the procedure of Waite, who, confining himself to external and superficial explanations, which he takes on faith so long as they do not concern Christianity, sees radically different and unrelated meanings where there are only more or less multiple aspects of the same symbol or of its various applications.

It would no doubt have been otherwise had he not been hampered by his preconceived notion of a sort of difference in kind between Christianity and other traditions. Likewise, though Waite quite rightly rejects any application to the Grail legend of theories that make appeal to so-called ‘gods of vegetation’, it is regrettable that he should be much less clear about the ancient mysteries, which never had anything in common with this quite recently invented `naturalism; `gods of vegetation’ and other such fictions have never existed save in the imagination of Fraser (Sir James G. Fraser, author of The Golden Bough). En and others of his ilk whose anti-traditional intentions are not in doubt. …

Read the Book: INSIGHTS INTO CHRISTIAN ESOTERISM by René Guénon

René-Jean-Marie-Joseph Guénon( 15 November 1886 – 7 January 1951), also known as ʿAbd al-Wāḥid Yaḥyá, was a French author and intellectual who remains an influential figure in the domain of metaphysics, having written on topics ranging from sacred science and traditional studies, to symbolism and initiation. 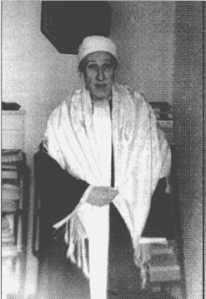 During the 1920s, when Guénon was moving in the coteries of French Catholicism, he turned his attention to some aspects of Europe’s spiritual heritage. As well as numerous articles on such subjects as the Druids, the Grail, Christian symbolism, and folkloric motifs, Guénon produced several major works in this field, including The Esoterism of Dante (1925), St. Bernard (1929), and The Symbolism of the Cross (1931). Another work,  – Spiritual Authority and Temporal Power(1929), was occasioned by certain contemporary controversies.

The quintessential Guénon is to be found in two works that tied together some of his central themes: The Crisis of the Modern World (1927), and his masterpiece, The Reign of Quantity and the Signs of the Times (1945). The themes of these two books had been rehearsed in an earlier one, East and West (1924). The books mounted an increasingly elaborate and merciless attack on the foundations of the contemporary European world-view.

In 1930, Guénon left Paris for Cairo. During his lengthy sojourn in Egypt, René Guénon carried on an austere and simple life, entirely dedicated to his writings and spiritual development. In 1949, he obtained Egyptian citizenship. Sedgwick wrote about Guénon’s life in Egypt that even though he continued his interest in Hinduism and other religions, Guénon’s own practice was purely Islamic. He is “not known ever to have recommended anyone to become a Hindu, whereas he introduced many to Islam”.[

While Guénon’s influence remains minimal in the Western academic community at large, he is the seminal influence in the development of traditionalism. Along with Coomaraswamy and Schuon, he forms what one commentator has called “the great triumvirate” of the traditionalist school. Like other traditionalists, Guénon did not perceive his work as an exercise in creativity or personal “originality”, repeatedly emphasizing that in the metaphysical domain there is no room for “individualist considerations” of any kind. In a letter to a friend he wrote, “I have no other merit than to have expressed to the best of my ability some traditional ideas.” When reminded of the people who had been profoundly influenced by his writings, he calmly replied “… such disposition becomes a homage rendered to the doctrine expressed by us in a way that is totally independent of any individualistic consideration.”

Most traditionalists regard Guénon as the “providential interpreter of this age.” It was his role to remind a forgetful world, “in a way that can be ignored but not refuted, of first principles, and to restore a lost sense of the Absolute.”