Abdullah Shah Ghazi (Arabic: عبد الله شاه غازي‎) (c. 720) was an eighth-century Muslim mystic and Sufi whose shrine is located in Clifton, an affluent seaside municipality in Karachi, Pakistan.[1] His real name was Abdullah al-Ashtar. His father, Muhammad al-Nafs al-Zakiyya, was a descendant of the prophet, Muhammad, through his daughter Fatimah. He is known for his commanding oratory skills, amiable demeanor, and impressive posture. 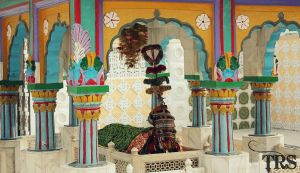 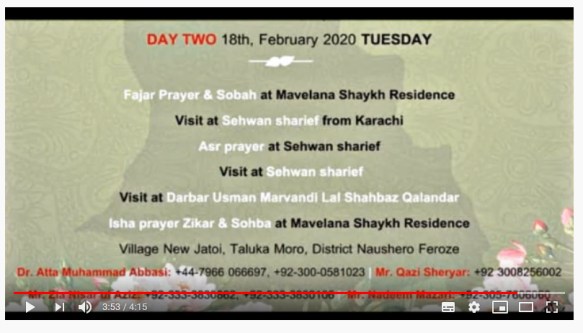 Sehwan (Sindhi: سيوهڻ شريف‎, Urdu: سیہون‎; also commonly referred to as Sehwan Sharif or Noble Sehwan) is a historic city located in Jamshoro District of Sindh province in Pakistan and is situated on the west bank of the Indus 80 miles (130 km) north-west of Hyderabad. The city is renowned for being home of one of Pakistan’s most important Sufi shrines, the Shrine of Lal Shahbaz Qalandar. More info Sehwan Sharif

The Shrine of Lal Shabaz Qalandar (Urdu: لال شہباز قلندر مزار‎; Sindhi: لال شهباز قلندر جي مزار‎) is a Sufi shrine dedicated to the 13th century Islamic mystic, Lal Shahbaz Qalandar. The shrine is located in Sehwan Sharif, in the Pakistani province of Sindh. The shrine is one of the most important in Pakistan,[1] and attracts up to one million visitors annually.

Syed Shah Hussain[1] (1177 – 1274),[1] popularly known as Lal Shahbaz Qalandar (Sindhi: لعل شھباز قلندر‎), was a scholar, Sufi saint and religious-poet of present-day Pakistan and Afghanistan.[3][1] He is revered and respected by both Muslims and Hindus in the region since he preached religious tolerance between the faiths.[1][2] He was called Lal (“ruby-colored”) after his usual red attire and “Shahbaz” to denote a noble and divine spirit and “Qalandar” as he was a wandering holy man.[1] The spiritual song “Dama Dam Mast Qalandar“, based on an original version from the 13th century, glorifies the saint and his teachings and in recent decades hase been widely popular within the Indian subcontinent. 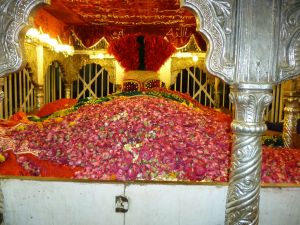 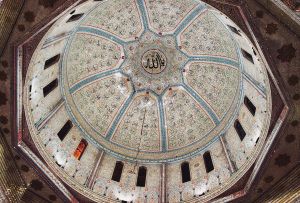 Translation of a spiritual Sufi song written in the honour of the most revered Sufi saint of Sindh, Lal Shahbaz Qalandar 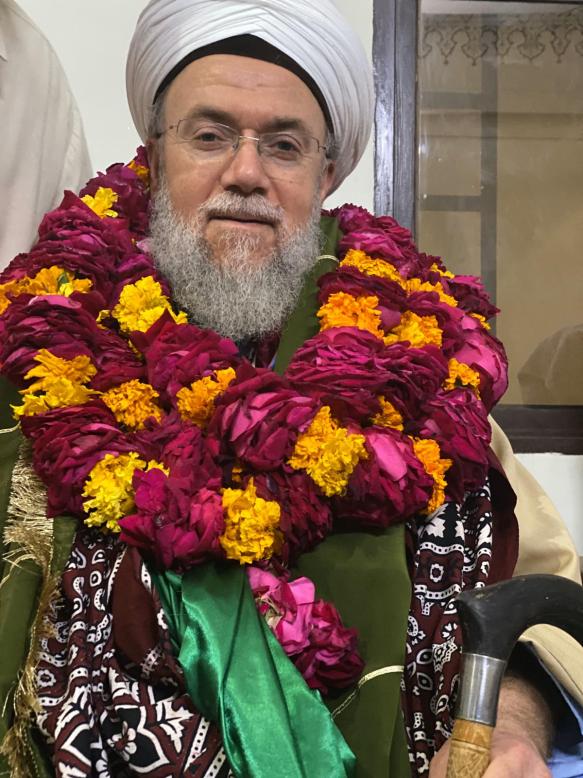