When we have sincerity, divine support is close. Shaykh Nāẓim recounts his experiences with Grand Shaykh ‘Abdu-Llāh Dāghistānī, and the divine support from the awliyā’ at the times of war with the French in Damascus and Homs. 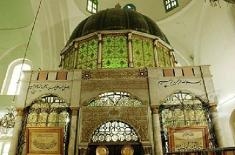 The mosque, which the Syrian government stated had been turned by the rebels into an “arms and ammunition depot”, was abandoned by the rebels on 27 July 2013. Shelling by government forces damaged Khalid’s tomb inside the mosque. Following its capture by the Syrian Army, state media showed heavy damage inside the mosque, including some parts of it being burned, and the door to the tomb destroyed. 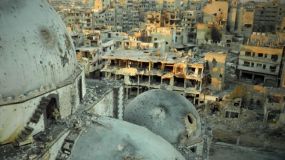